This was the 'Alternative Cruise' arrangements to the Aberystwyth Cruise, which was cancelled due to the adverse weather forecast on Saturday May the 4th.

A pick up at the train station at Pwllheli 9.34a.m which took us to Aberdyfi was the 'Game Plan'. We also had a couple joining the train at Porthmadog.
After breathtaking views of the coast and taking in outstanding views of Cardigan Bay , as well as of course, analysing the 'white horses' and wind strength -compulsory for any sea man!
We arrived at Aberdyfi - an idyllic village.
A coastal walk to the 'Half Way House' ,so to speak, at the Dovey Inn to have a coffee or drink. Everyone from there on made their own decision of how they wanted to spend the day. As Penhelyg Hotel is at the other end of the village, most of the 'gang' decided to go there for lunch, however, they couldn't accommodate our number of enthusiastic mariners that lunch time- being Bank Hols- so we headed back to the welcoming environment of the "Dovey".
A lovely lunch, for those that had decided to eat there, then following a reminiscing outlook over the water we all caught the train, 2 hours earlier than predicted at Penhelyg.
A few decided to make their way back to Pwllheli on the 3.11p.m connection, but a group decided to drop off and visit Barmouth, before returning to Pwllheli. After watching a sea rescue by the RNLI, at Barmouth, we were welcomed to the Meirioneth Sailing Club and viewed the harbour, which looked inviting in the sunshine , discussed it's attractions and also the restrictions,we as seamen/women would have to consider.
A steady walk back to catch the train, which was alive with partygoers etc. Well, "don't try and beat them- join them" as the saying goes. So a few wines on the journey was a classy end to the day on our return to Pwllheli.
On our return to Pwllheli, Allports Chippy produced their usual good meals, before a leisurely walk back to the Marina.

The hospitality of coffee at "Fidget," finished the day, just perfectly.

A quality day that all of the participant enjoyed. 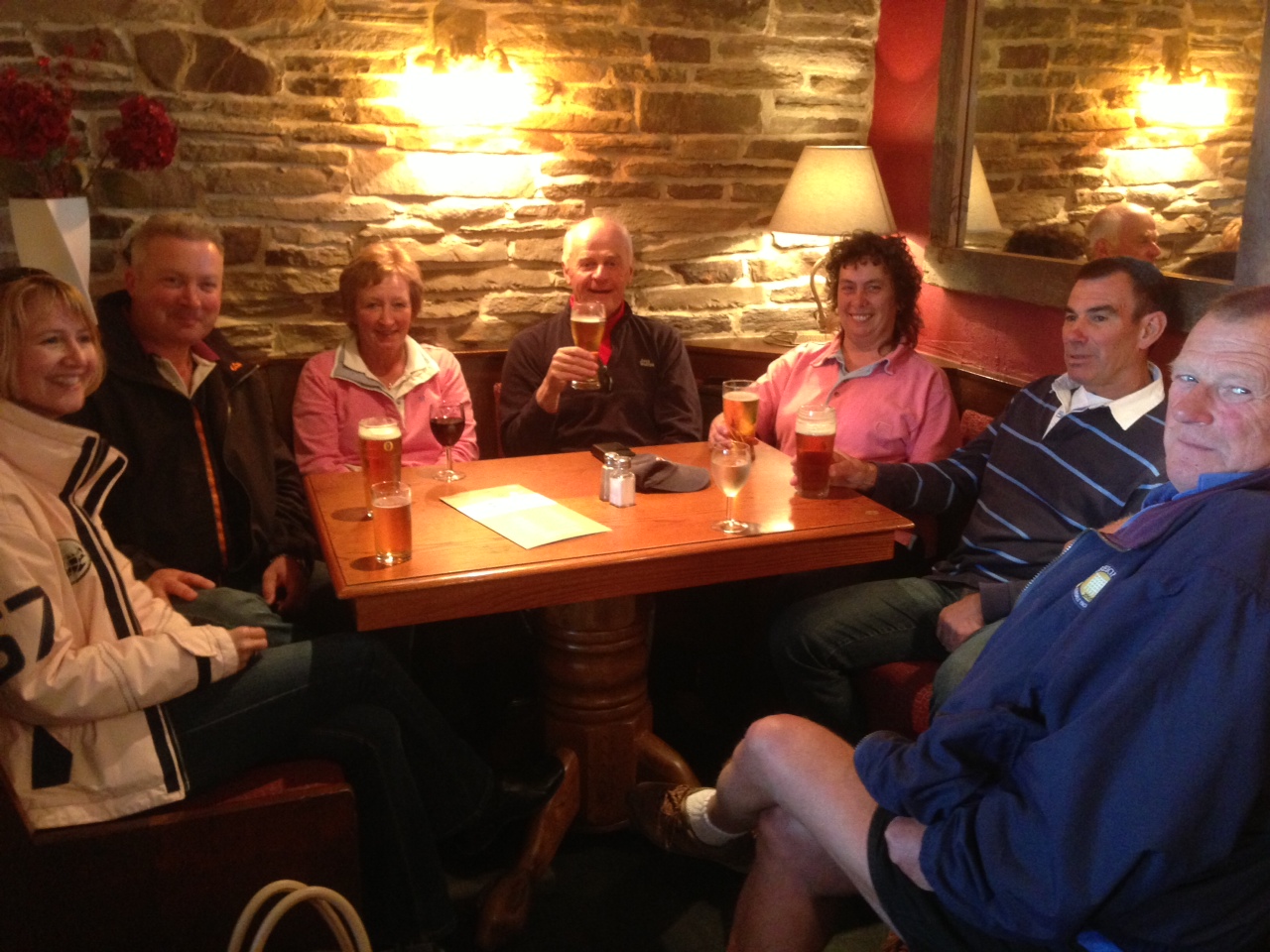 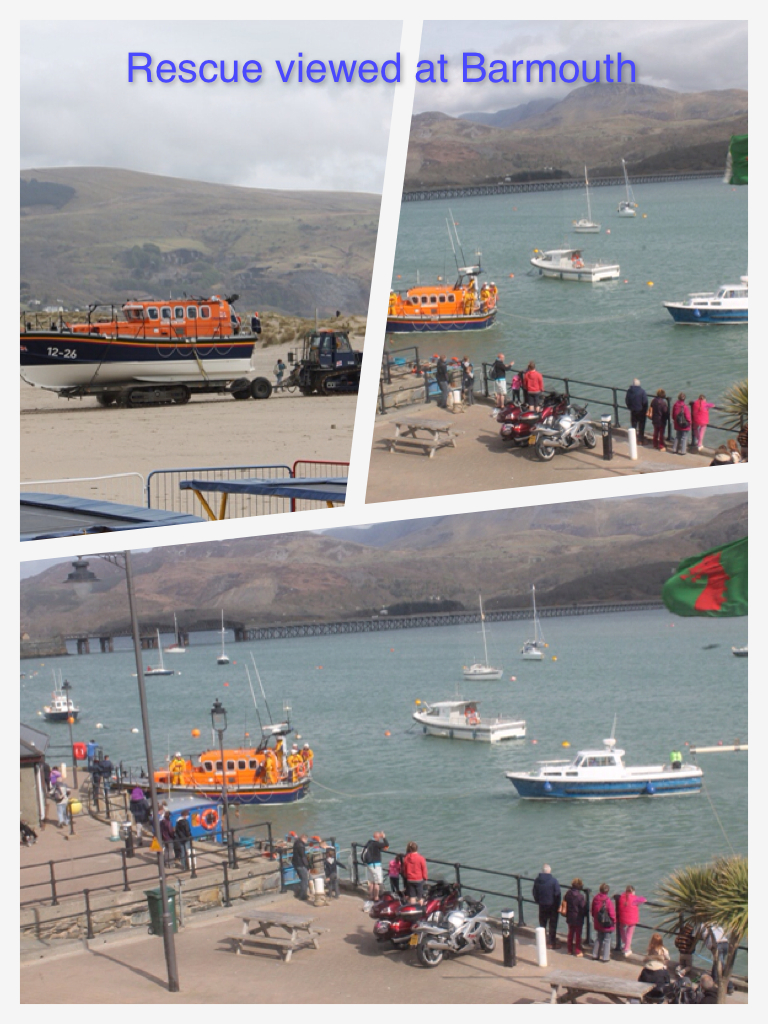 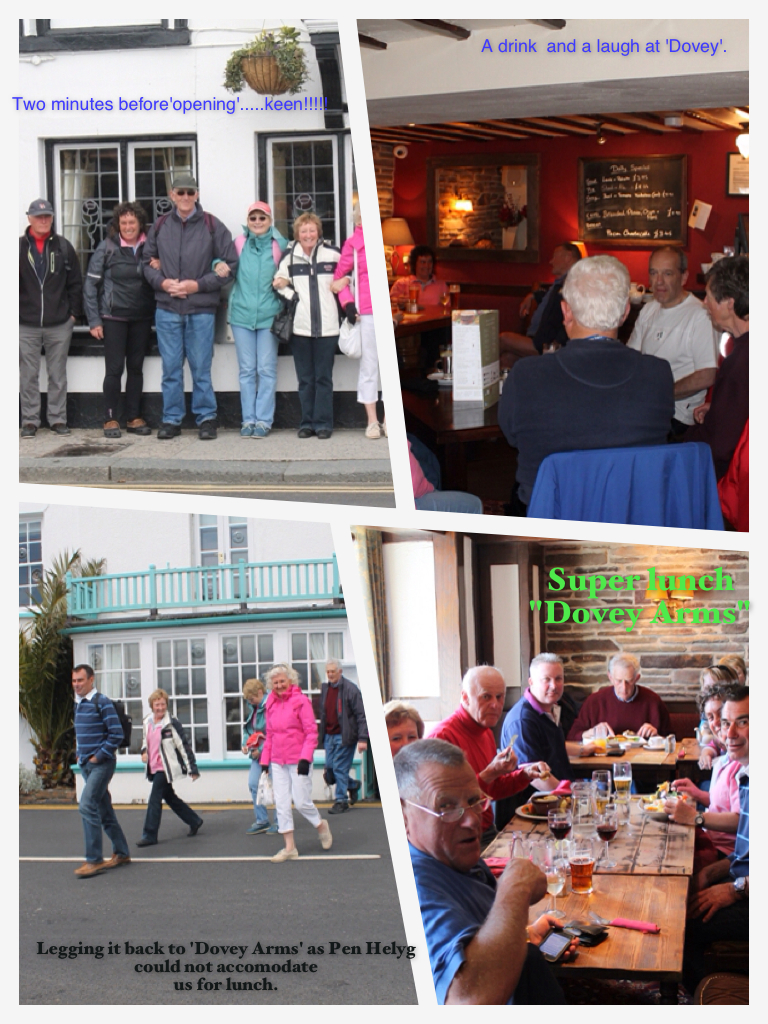