THE CHRISTENING OF OLIVIA AND KAELAN

(Jake and Cathy's children from the boat "Mako") 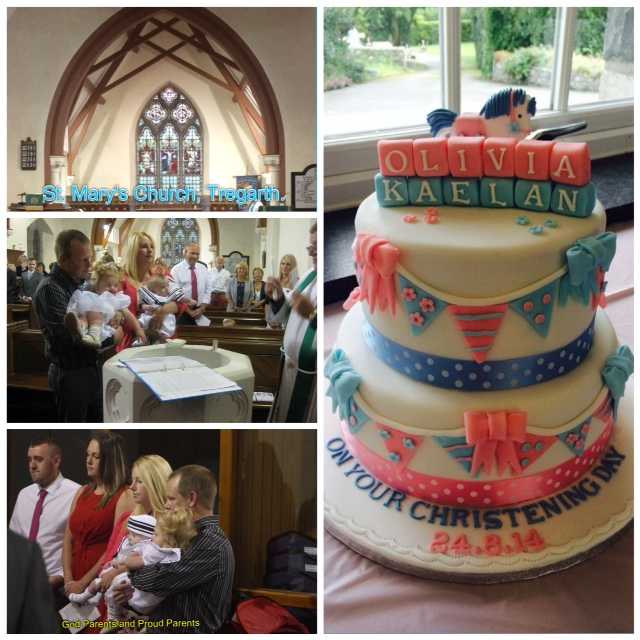 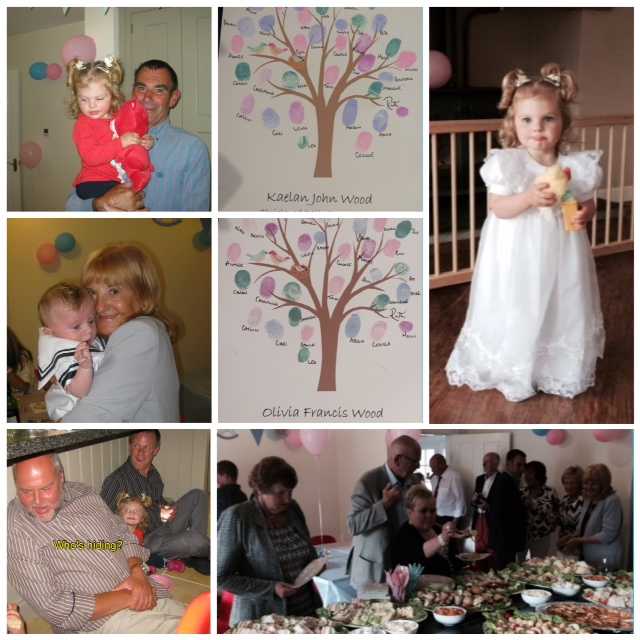 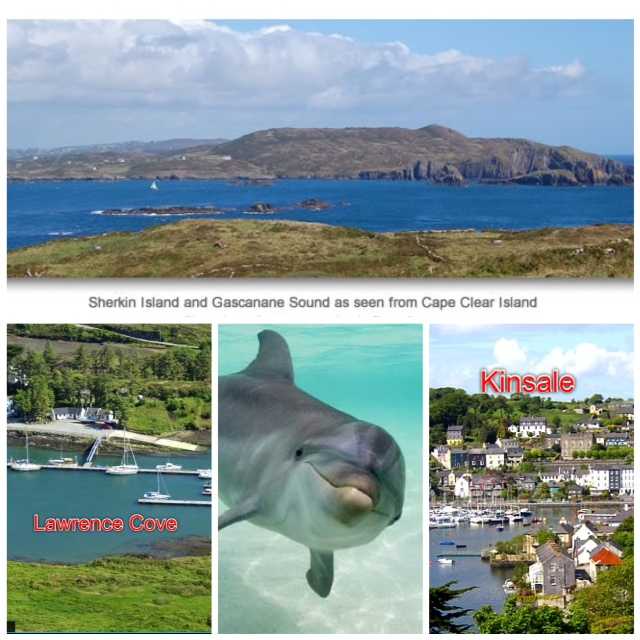 Ireland does not have a great many bottle nosed dolphins (the type we see in Tremadog bay) you will however see many Atlantic Common dolphins, the type you will see off South Wales. There is a well known pod in the Shannon estuary and of course there is “Fungi” off Dingle otherwise I know of very few.

This made the account I am about to relate even stranger. We had left Lawrence Cove on a damp and misty morning bound for Kinsale, normal conditions for this year in the south west of Ireland. A few hours later after passing the Mizen and approaching Cape Clear Island the visibility really closed in. The approach to the Gascanane Sound between the above and Sherkin island is not easy in good conditions,  as approaching from the west you have to keep north of the Bullig reef and then decide which is the correct channel to take through the sound. Less than a couple of hundred meters vis with a strong tide underneath us was leading to a small amount of nervous pilotage.

The dolphin then swam away and did not reappear. We certainly in many years on this coast had not seen this dolphin before, and you can interpret this in whichever way you wish I know what I saw and felt !!!

Circumnavigating Anglesey is not an easy task as there are real navigation issues to consider but at the same time awesome scenery and quaint harbours to visit and of course two Marinas to take refuge. Plenty of challenges and in the right conditions this cruise can give you great satisfaction. 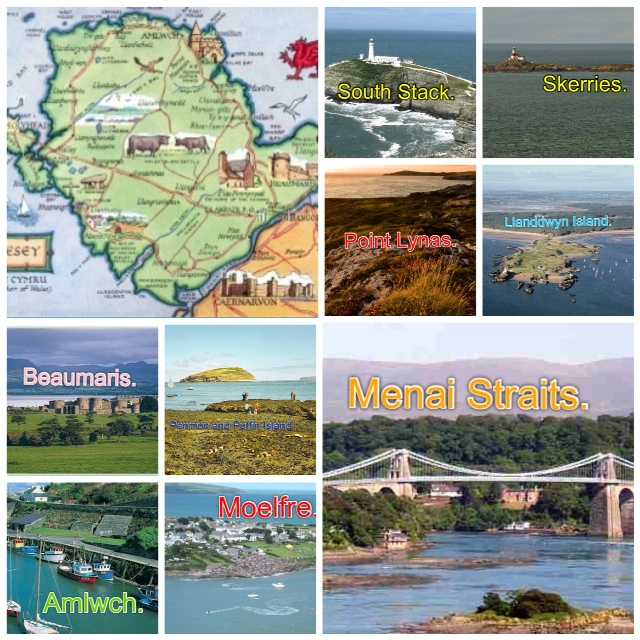 July 18 -21 Last Orders ( Beneteau 311) undertook a circumnavigation of Anglesey! Set off in miserable weather from Pwllheli , which improved after rounding Cilan Head.Spent a lovely evening in Porth Dinllaen, walked over the golf course, and had a nice meal overlooking the sunlit bay! Saturday -rain , but no wind, so motored up to Holyhead.Sunday it was misty, so motored carefully north,round Carmel Head then turning east .Finally , near Puffin Island, the sun came out and we anchored in lovely sunshine in the Pool at Beaumaris. Celebrated in the Bistro at the Bull! Up  , to put into action what we learnt at the Swellies "Masterclass" last August.The Straits were mirror calm , with no wind , and we followed all the marks and transits satisfactorily. Then on past Plas Newydd and Caernarvon castle, and safely over the Bar ! We then returned to Pwllheli, pleased to have achieved our challenge. Chris and Charles. 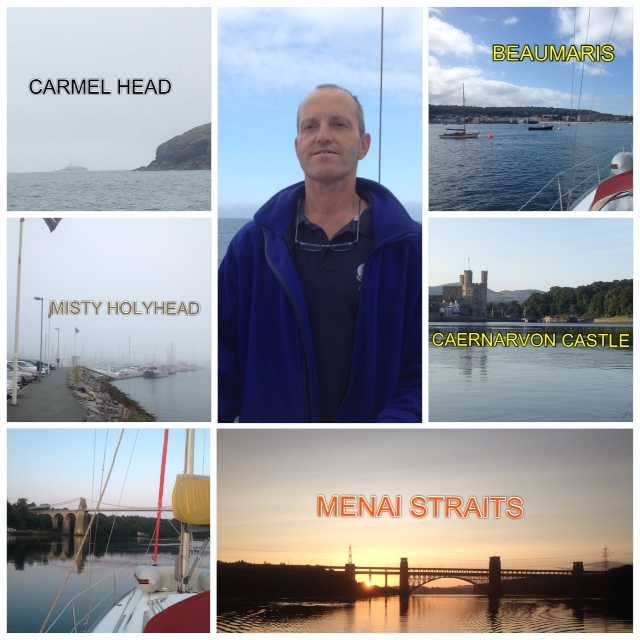 Maybe next season we will follow in "Last Orders"'s footsteps and accomplish this circumnavigation around Anglesey.

'SANDPIPER' and 'SEA MINX' SAILING IN COMPANY TO IRELAND

"On Tuesday 1st July 1600 hrs, Sandpiper and a beautiful 60 yr old wooden contraption named Sea Minx set off for Dun Laoghaire in Ireland. The intention was to anchor off Bardsey if possible and then set off 0600 hrs Wed. Morning. En route I realised it was not possible to enter the Irish Sea without a time consuming push against adverse tides in and around B.sound so we  continued on towards the beautiful anchorage in Porth Dinllaen, arriving just in time to see the landlord of the Ty Coch switch the lights off! Our departure at 0600 saw a light but favourable S.W wind that quickly became the forecasted f.5 S.W. The sun shone all day and 25 mls. Off our destination, Dublin C.G. Sent out a small ships warning of strong winds for coastal areas of force7. We sailed into this, having reefed down appropriately but typical of the Irish Sea, were met with a short, choppy sea accompanied with the usual occasional rogue wave, one of which tried to throw Sandpiper off course. The autopilot was having none of it and paid for its tenacity with a broken tiller-pin! No autopilot! Well, never mind, worse things happen at sea Erm? I think!"
"We stayed in Dun Laoghaire  for 3 nights, visiting Dublin on the train and getting very silly in one of Dublins famous live music establishments where I apparently collapsed in a big heap, trying to do press ups with a German lady sat on my shoulders!! That's according to Ed who sailed with me and Phil off Sea Minx,the latter out doing the locals with his amazing Irish jig! Dark horse! Ed, being older and hence wiser just sat there with a permanent grin on his face! It only took us ten and a half hrs to sail there but 13 coming back due to lighter winds. Irish hospitality as always was excellent, almost as good as the Guiness! Regards,Paul and Ed, Sandpiper and Phil off Sea Minx" 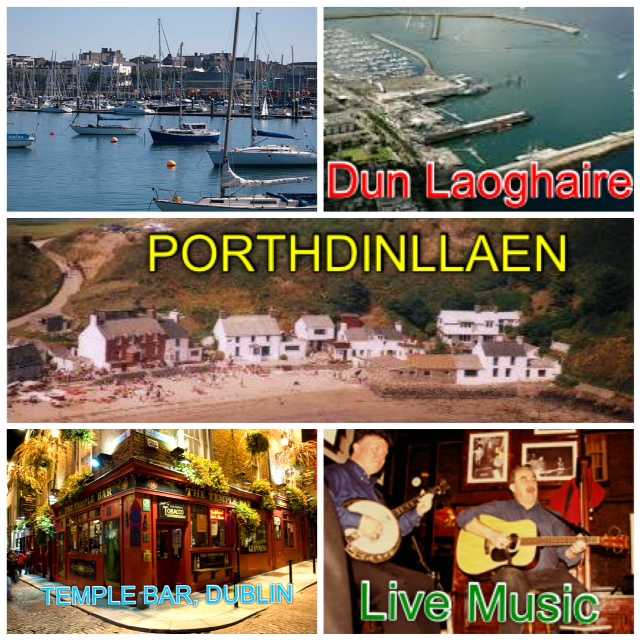