Bohdan welcomed everyone. 64 attended at the Plas Menai Room.

There was a really great warm atmosphere having had a great 2014 season and due to the 'Boat to Boat' , 'Socials' and successful Cruises. 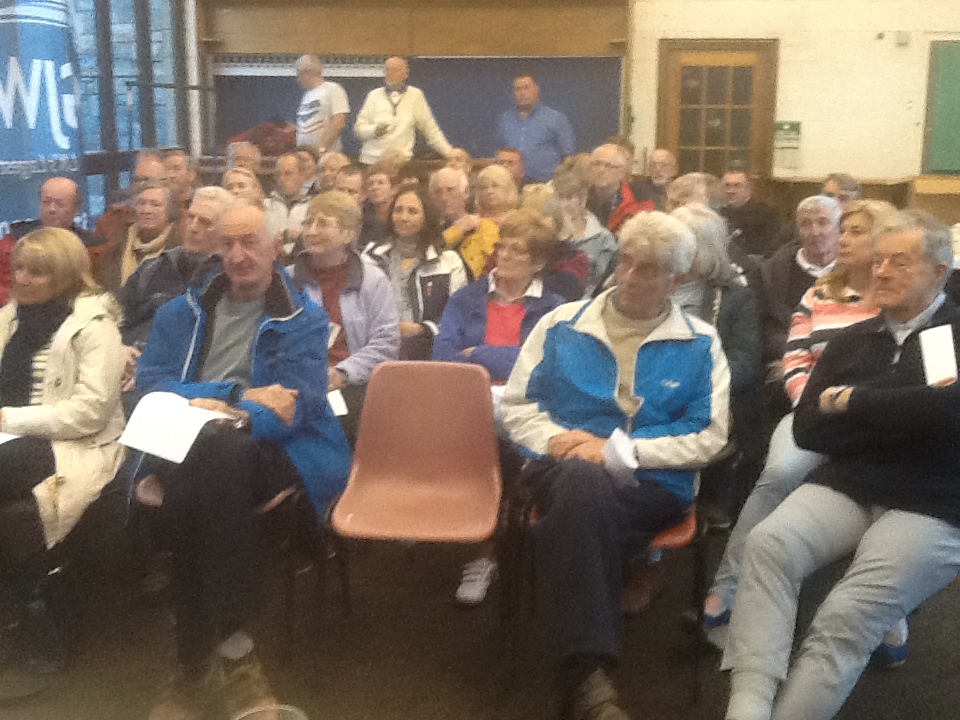 At the beginning of the Year an e:mail was sent asking for Cruising Suggestions. So far mentioned:

A) Ireland inc Greystones and Malahide

B) Greystones, Howth,  Ardglass, Peel I.O.M. and back

Ad Hoc 2014 worked well, both on the water and alternative socials, communicating through e:mail. So if anyone has a new e:mail address or as yet isn't on our mailing list please inform us.

If anyone wish to cruise in company and want their destination shared this can be done by e:mailing us and we can put members in touch.

Dic and Mair, 'Concerto' are going to forward their sailing plans if anyone want to sail in company with them.

Richard Smith 'Imladris' has also offered to share his knowledge of sailing the South Coast of Ireland.

We have prepared a sheet of 2014 achievements both on the water and off the water and  dates of interest for 2015 for Cruising and website address (see enclosed below).

Due to popularity and already have 100 e:mail listings we will have to request that it is a single e:mail per boat please.

Our Pwllheli SIling Club Commodore gave an interesting talk about his achievements and also the 'Sailing Academy', Plas Heli's intentions for our Cruising Needs. He was very excited by this new development. 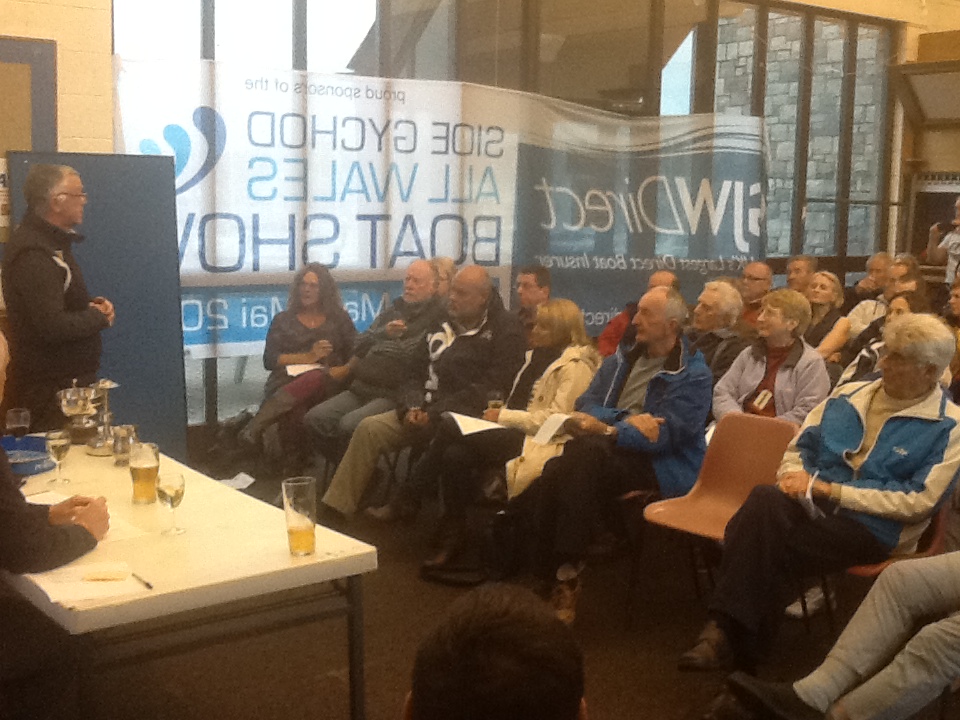 Last Year we presented a questionnaire of suggestions for the season.

The winners of this trophy not only wrote what their intensions were but also managed to achieve them.

Circumnavigate Anglesey on their own.

Cruised to the East Coast of Ireland and Cardigan Bay.

This was their first crossing to Ireland and Circumnavigate Anglesey.

Most probably you have already guessed who we were referring to, Chris and Charles McConnell from Last Orders. 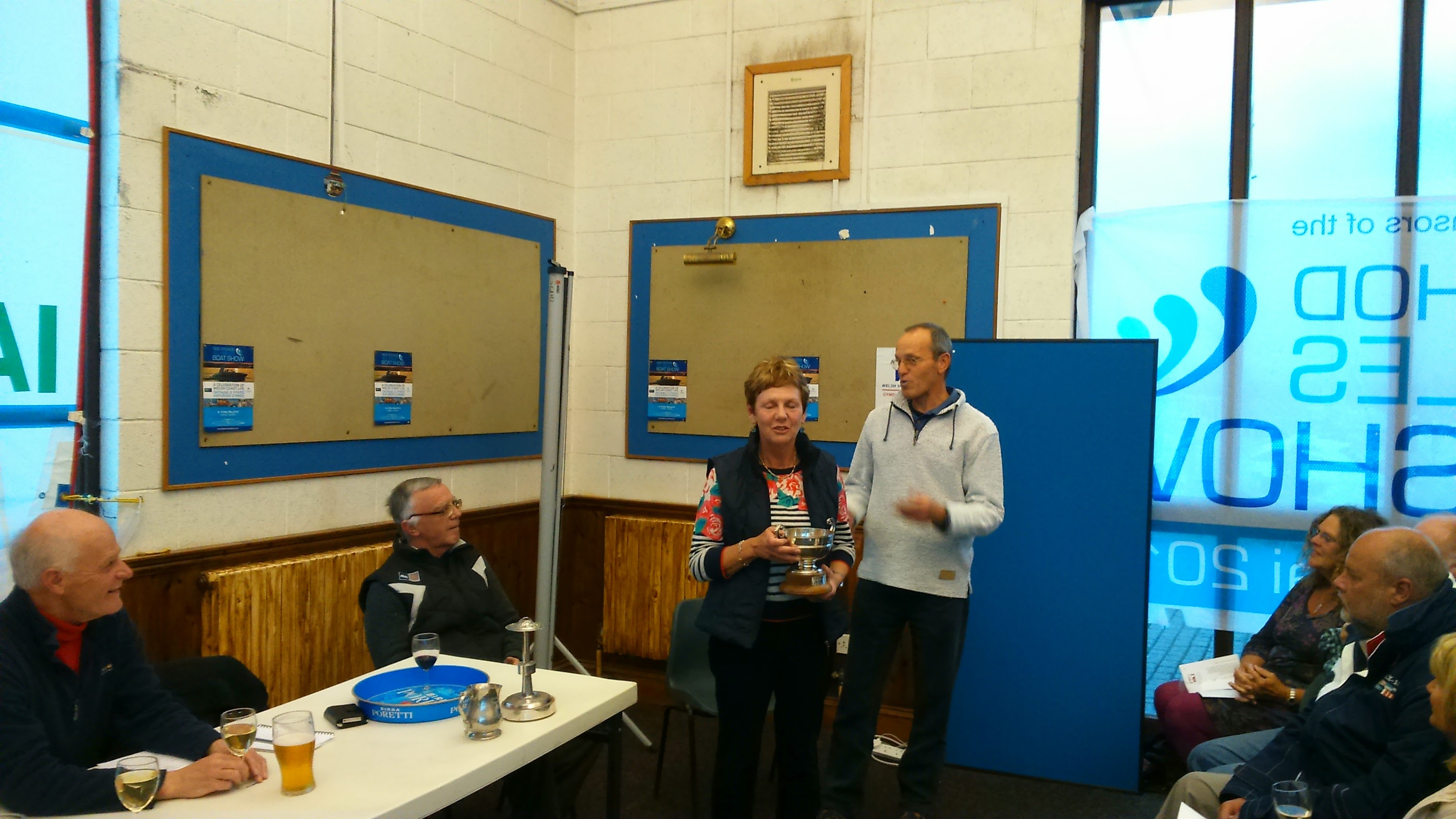 It is an achievement always crossing the Irish Sea especially in a new boat. Anxious moment of the Radar deciding not to work when you're in thick fog and not only that, the youngest cruising member on board was only 5 weeks old.

Therefore this trophy was awarded this year to Jake, Cathy and family on board Mako. 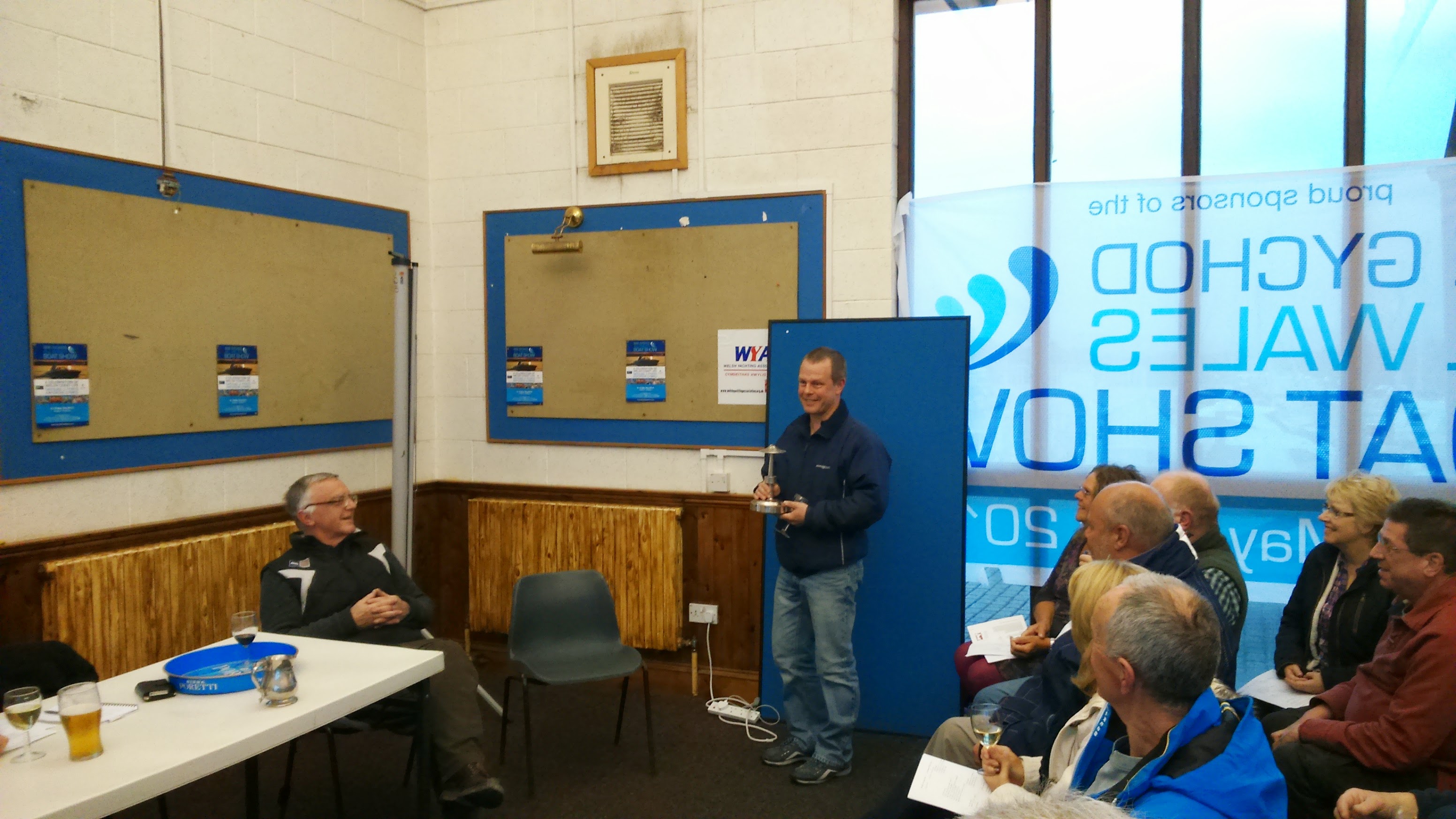 We had a wonderful BBQ at Warren Beach this year. Great sunshine plenty of food and maybe a few drinks which sometimes can affect your memory.

This year we had two gentlemen attempting to return to their yacht in their dingy. Their laughter was heard from the beach as they both took it in turns to pull on the engine pull chord until eventually, after exhausting themselves, they remembered that the had not re-engaged the fuel. Their wives after witnessing such action were escorted safely back to their boat by Fidget, we wonder why!

Yes, if you were there, you would Know that we were referring to Alan Jones from Tina Maria. Therefore we proudly presented  Alan with this Years 'Pillocks Pot.' 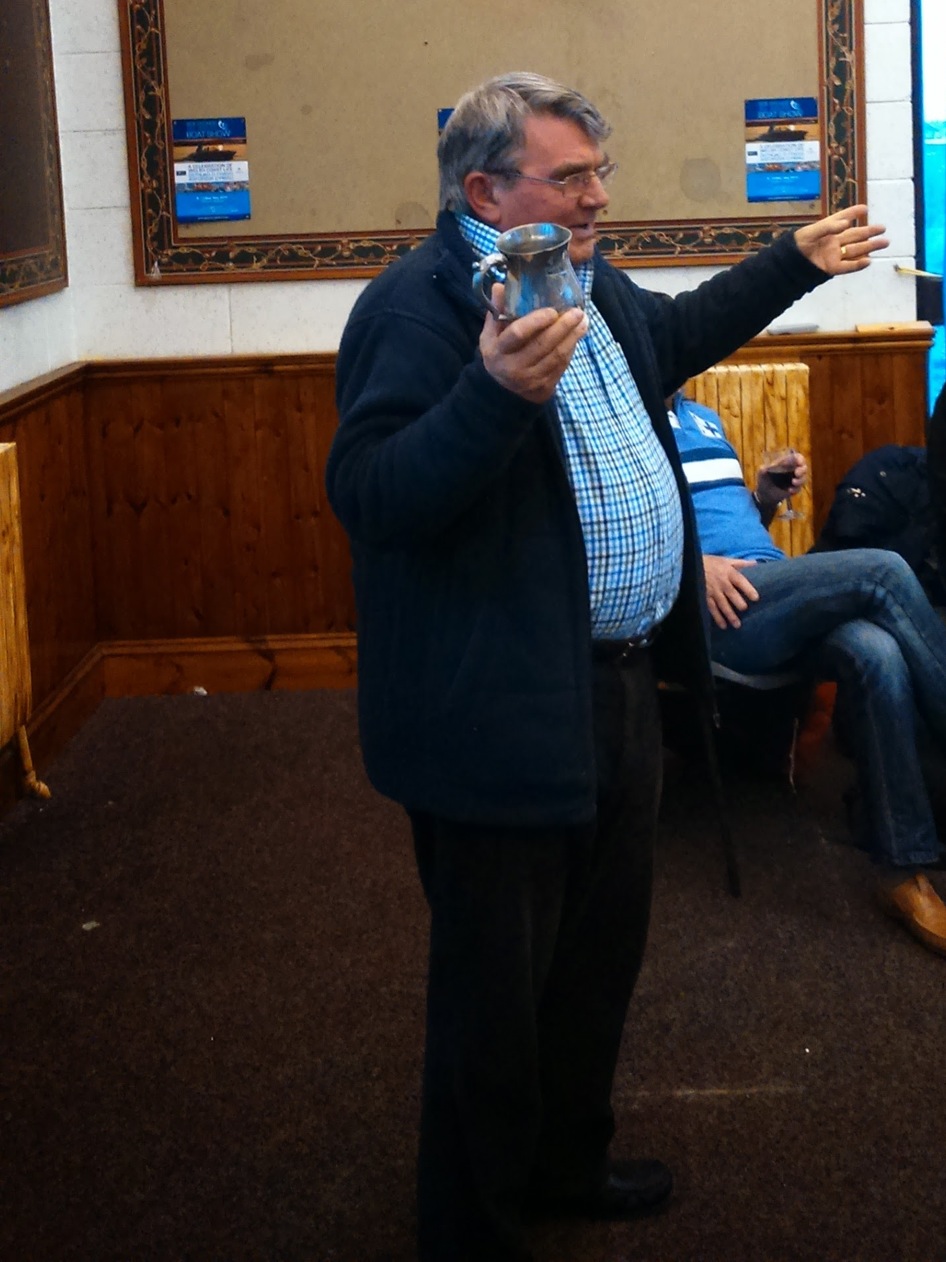 After the meeting many socialised and ate at the Sailing Club.

A great way to finish the meeting and start the season.

Abersoch three times during the season

All Wales Boat Show at Pwllheli