We had our first Cruising Meeting on July the 20th at the new Sailing Club to discuss passage planning for Ireland and of course THE WEATHER. It was decided to take advantage of the weather window on the following Thursday when the seas had had a chance to calm after continuous heavy weather.
Greystones now being visited by a different group of 7 boats, some on their first visit. The jolly group consisted of one motor boat"Cosmic Star" and six sailing yachts "Jangle," " Blue Jay," "Sea Otter," "Prada" "Hal" and "Nice Lady of Purbeck."
"Cosmic Star" ploughed through the waves in style and due to her speed had to leave the sailing fleet just after Bardsey to enable her to make way in the choppy seas. Congrats to them on their first journey alone across the Irish Sea from Bardsey to Greystones. Another great achievement for "Prada" sailing across for the first time. They were so proficient and looked as if they were really enjoying the trip, Ellie being the youngest member of the group and joining in with radio calls etc. riding the waves with confidence.
On the way "Blue Jay" had engine problems whilst motor sailing. All boats were supportive and held back in case assistance was needed. "Blue Jay" sailed as far as possible and tried everything they could to avoid calling for assistance including changing the water impeller at sea. When the wind dropped they were drifting south with several big ships around. The Coast Guard informed shipping to avoid "Blue Jay." However, calling the LifeBoat was inevitable and Wicklow Lifeboat came to their assistance. 'Blue Jay's'conduct and calm communication skills were admired by us all showing a wealth of experience. Proud to be sailing in company with them. After a very strenuous and stressful day for them both they were towed and buddied to Greystones and it was great to see Carol and Emrys smiling and breathing a sigh of relief.
our friends from Malahide and Howth joined us in the rustic music bar Dunns and Son, chatting away and exchanging experiences. The music started  but was more like Indi music rather than Irish Music. However, we all had a great natter.
As always  we all do our own thing and sometimes meet together. One group went on the dart to explore Howth for future berthing and visited the Fun Fair in Bray on their return journey, not advisable after a couple of pints of Guiness. Others chilled in Greystones,  Dalkey etc. where the most elegant pub was found and some had the best Indian meal ever at the local Indian Restaurant. Not forgetting 'The Guiness Factory' and 'Dublin Zoo'. Something for everybody."Hal" and 'Nice Lady' went along to Howth.
"Cosmic Star" and "Prada"  were eager to  explore Dun Laoghaire by sea as they hadn't visited before and then intended to meet the rest of the Cruisers at Malahide once the few days of bad weather had gone through. However, Malahide did not materialise due to us all deciding to go back across the Irish Sea between two 'lows'. Turned out to be a good decision. Who needs a fun fair when we can bounce on the Irish Sea - a fab trip. Cardigan Bay gave us a calm and inviting return to Pwllheli.
Great to see Chris and Charles "Last Orders" back after their explorations on land and at sea including crewing on a yacht doing 'The Arc'. The crew consisted of a few doctors and became handy when Charles had injured his head.
Abersoch visit by sea by several of our members on Saturday the August the 8th.
A great delight to see glorious sunshine on the first Friday and Saturday in August and everyone taking advantage of this weather. Members organising themselves to go to Abersoch for lunch and having quality time with friends. This was a favourite by a good few of our members absorbing the sunshine and dining outdoors in style. 'The Cove' welcoming members with good food as always.
Many of our members have ventured to different places,despite the weather. 'Hummingbird 2' reached Oban, Scotland and crossing to Northern Ireland,'Concerto' to Padestow, ' Imladris' and "Morlander" reaching the South/ SW Coast of Ireland.
Please contact us of your Cruising adventures if you would like to share your experiences with other members on our website. 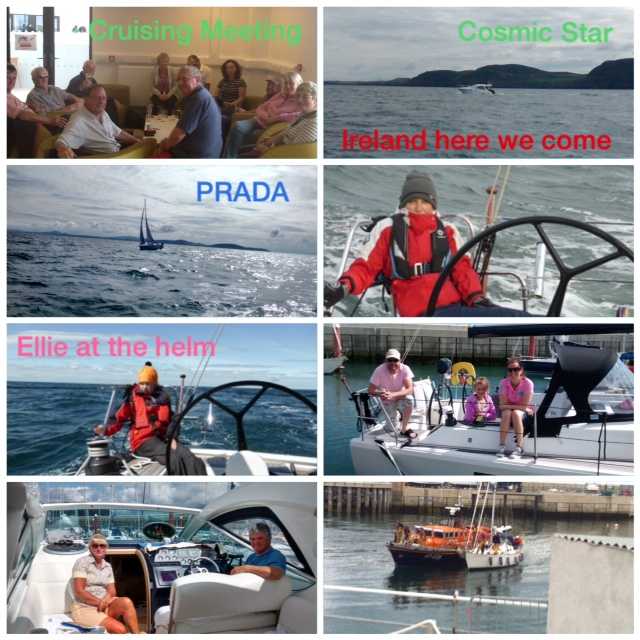 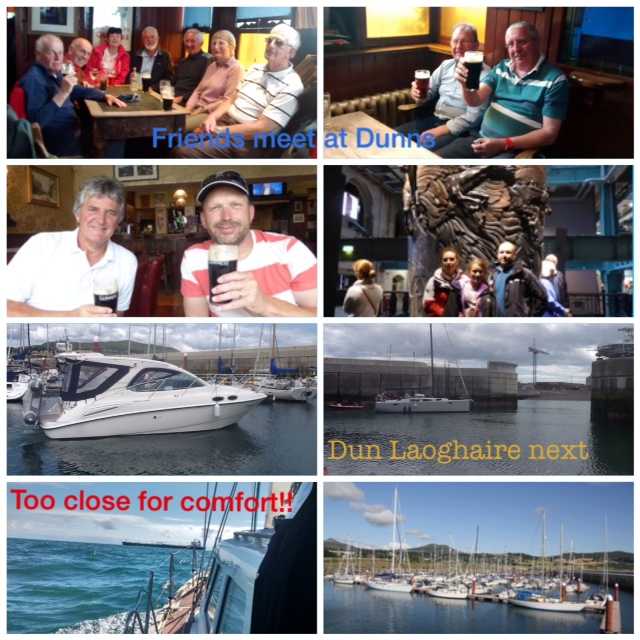