ISORA race 2 was the Pwllheli Castle Race, the first of a three race coastal series within the full ISORA series, and sponsored by Global displays.

The sister race  to the Irish side's 'Dun Laoghaire to Wicklow' race also saw light winds and a fair weather forecast. On the pontoons the fleet saw an encouraging 12 kts on the instruments but heading out to the start line at Gimlet rock confirmed that the NW-NNW was going to make things interesting. With winds coming over the hills, flat seas were created but also very light, gusty and shifty conditions. 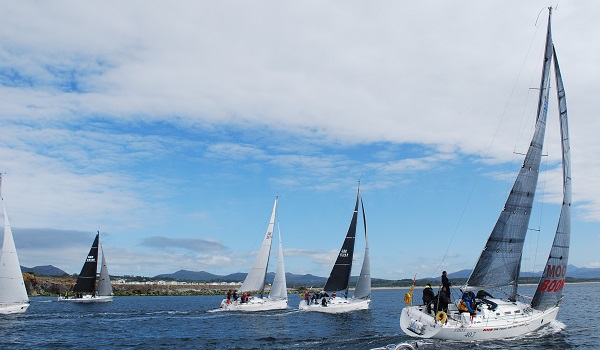 There had been much talk about code zeros at Plas Heli the night before but in reality the course was one big, 2, mile, windward-leeward starting with a short reach to Pwllheli Sailing Club (PSC) mark number 10, an 11 mile run down to the Sarn Badrig (Causeway buoy), an 11 mile beat back to PSC mark number 3 and another short reach to the PSC offshore finish line and all avoiding the racing areas used by the 120 competitors in the Welsh Youth Championships being hosted in Pwllheli

Mojito and Jackknife got off to a good start but Mojito fell into the wind of North Star, a first 40.7 and welcome newcomer to ISORA. Meanwhile last years winners Sgrech found clear air but the higher route meant they needed to cover more distance to the first mark. Jackknife rounded first followed by North Star and Mojito on their transom, up went the kites.

The the whole fleet enjoying the steady northerly breeze, sunshine, stunning views of both The Llyn Peninsula and the mountains of Snowdonia and dolphins!

As Mojito and North Star got settled into a comfortable deep run, Jackknife were already hotting it up and heading for the distance on a higher course. Sgrech got a stubborn twist and dropped back whilst also taking a higher route. Aquaplane and Mojo were looking good behind Mojito and as light patches of 6kts started to appear it was looking like the deeper course was paying off. Mojo attempted to keep speed and headed up to Sgrech. This J105s handicap meant that Mojo were still looking in a very good position in the fleet overall at this stage and this new addition to the ISORA fleet, first seen last year, will definitely be one to watch in the future.

Jackknife's higher course meant they always intended to gybe down to the mark. Approaching the causeway buoy and the wind picked up with gusts of 18-20kts, completely changing the race for the boats behind. Sgrech, with their higher route down to the causeway, now looked to have enough wind to bear away and come in strong at the mark without gybing. But North Star and Mojito, enjoying the display of an accompanying pod of dolphins into the mark, made it comfortably ahead of Sgrech and Mojo in pursuit.

Wind over tide on the way back made tough work for the helms in the chop and shifting winds with Jackknife, Sgrech and North Star choosing speed over height.

Closer into land and the wind shifts became more extreme. At one point North Star and Mojito were no more than 20 degrees away from the same heading but both on different tacks. The wind with Mojito was the most stable and if anything, lifting into the mark, whilst North Star and Sgrech were severely headed and forced to put in another couple of tacks. Closer into the mark and it was Mojito that appeared to be suffering from the shifts - did they bear away too soon? They had been cautious though and the small shift back was enough to get a good rounding just as Jackknife (Andrew Hall) were at the finish line well in front of the fleet and taking line honours.

On the reach to the finish and North Star (Cris Miles) we're in their element and gaining significant ground on Mojito and neck and neck in a nail biting race towards the finish but they couldn't quite get there. They finished just a bow behind Mojito but rewarded for their efforts with a fine first in IRC class 0.  Mojito (Peter Dunlop and Vicky Cox) secured first place in class 1 taking the race overall, with last years Wolfs head winners Sgrech (Stephen Tudor) taking 2nd place. IRC Class 2 was won by Perseverance (Wim Baptist) and Echo overall by Mojo (Paul Hampson)

The post-race gathering enjoyed the Commodore's reception on the top deck with spectacular views and a presentation later in the bar for Race Officer, Robin Evans.

The next ISORA race from Holyhead to Dun Laoghaire on 13th May sees boats from the two sister races amalgamate into a potential 40+ strong fleet.

Race details, online entry and results are on the ISORA web site. Come and join in the offshore camaraderie.

More photographs of Race 2 available in the ISORA Gallery here -

(Have you any photos of the event? If you have and you want to share them please send low res versions by reply to this newsletter)

DASHBOARD with all the information you need to race in Pwllheli. From the 'Race Information Dashboard' you can access the full library of useful information with charts, list of marks, the list of fixed courses, and the Rules.
This information is available on all Racing pages of the CHPSC website!

The 2021 Race Programme is available in pdf format

The 2021 racing chart is available in pdf format

All fixed courses for 2021 available in pdf format here - only use the 2021 version! 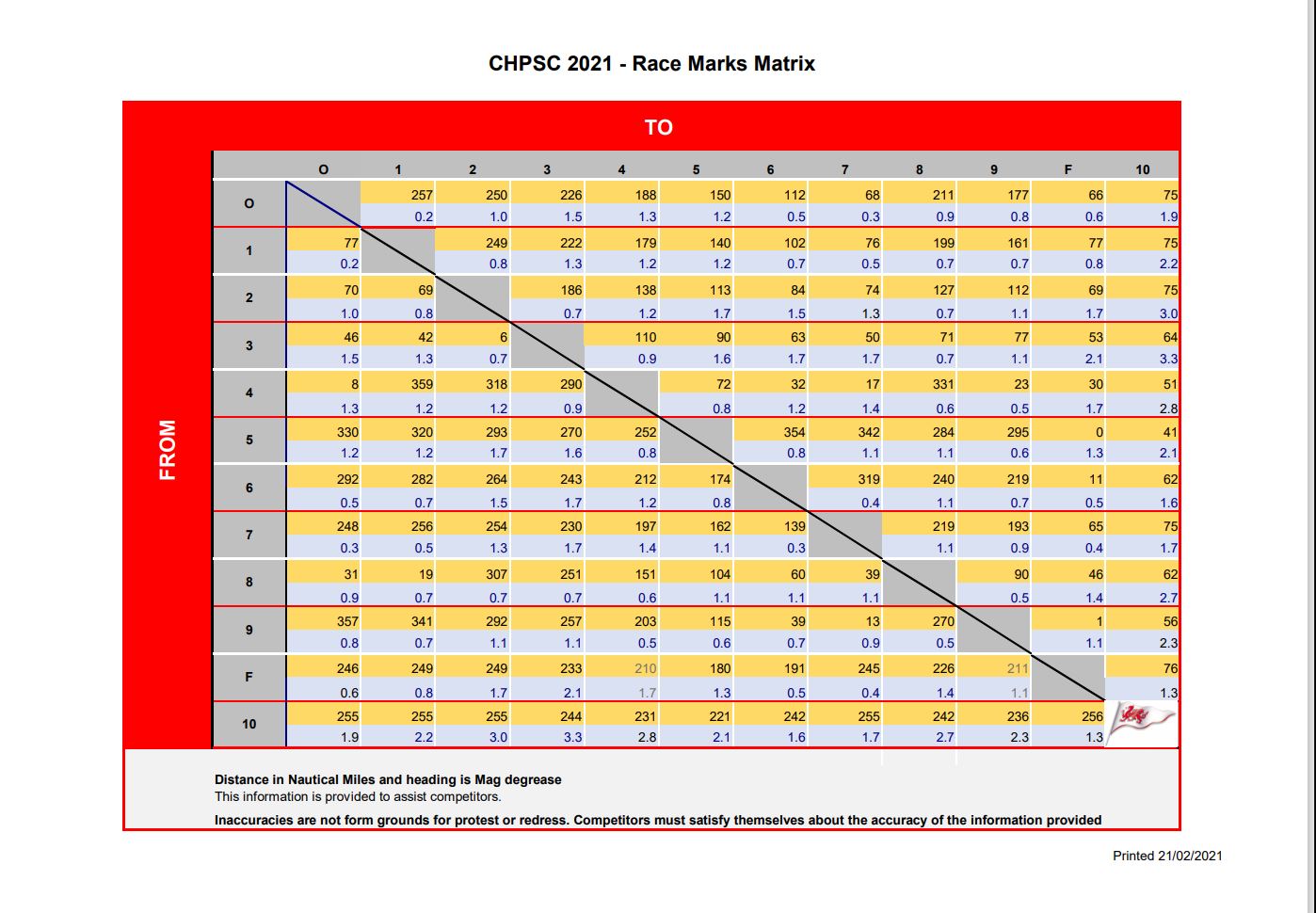 A Matrix giving distance and course from one CPPSC mark to another. This is provided to assist competitors 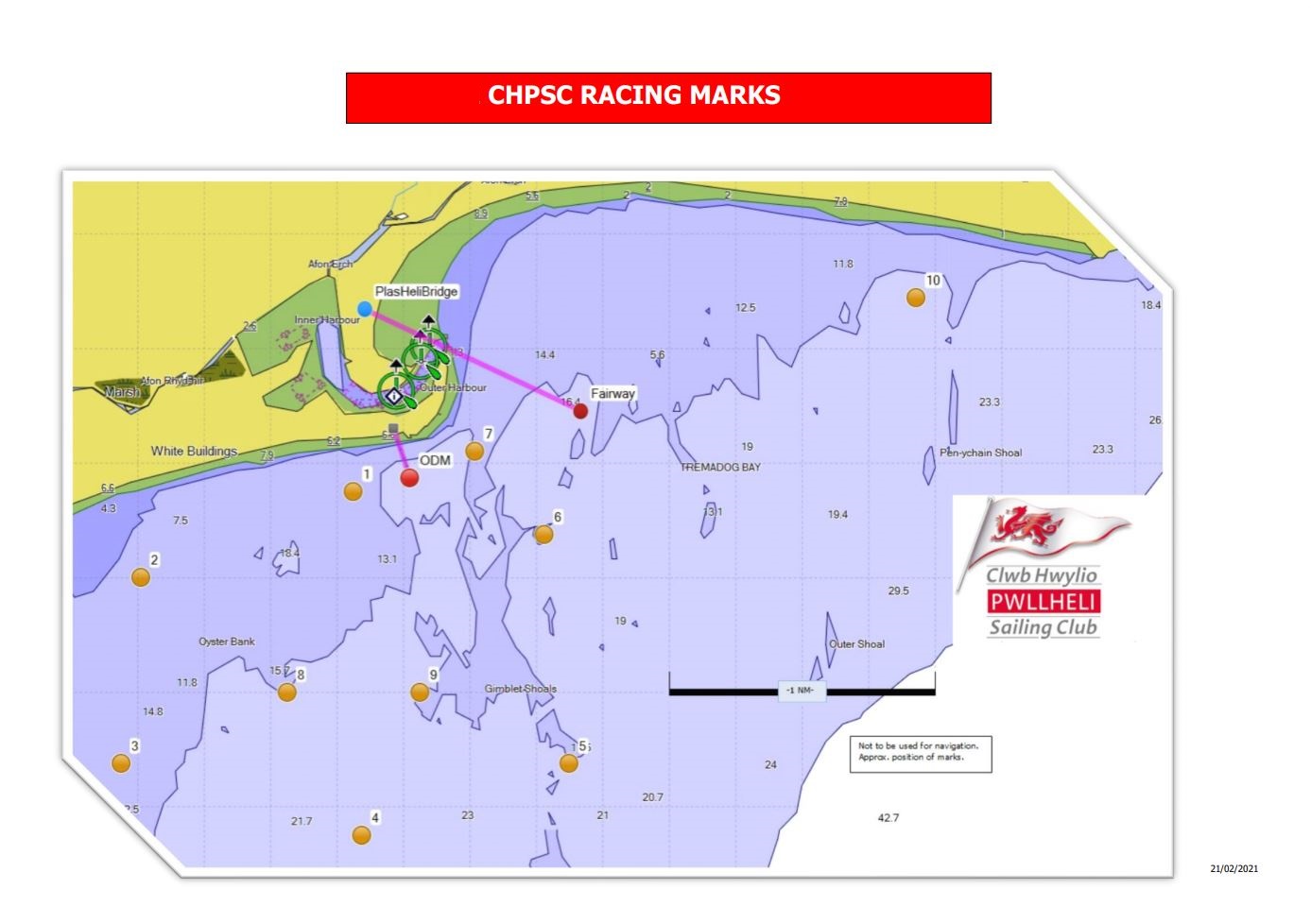 A Chartlet of the bay showing the position of the Racing marks. A must have item in the cockpit whilst racing! 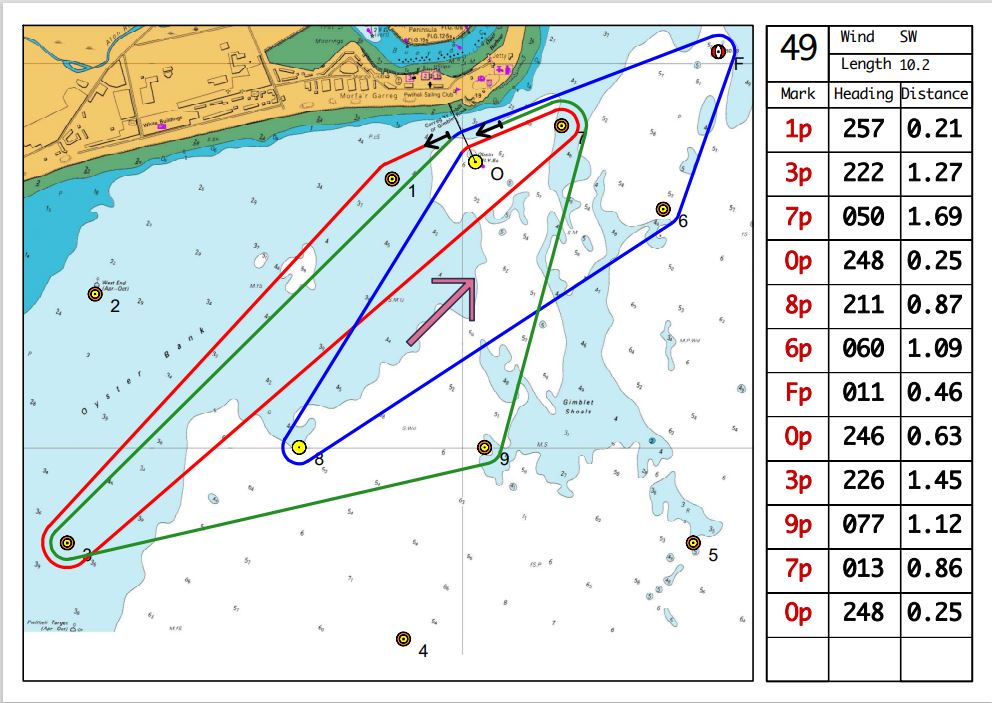 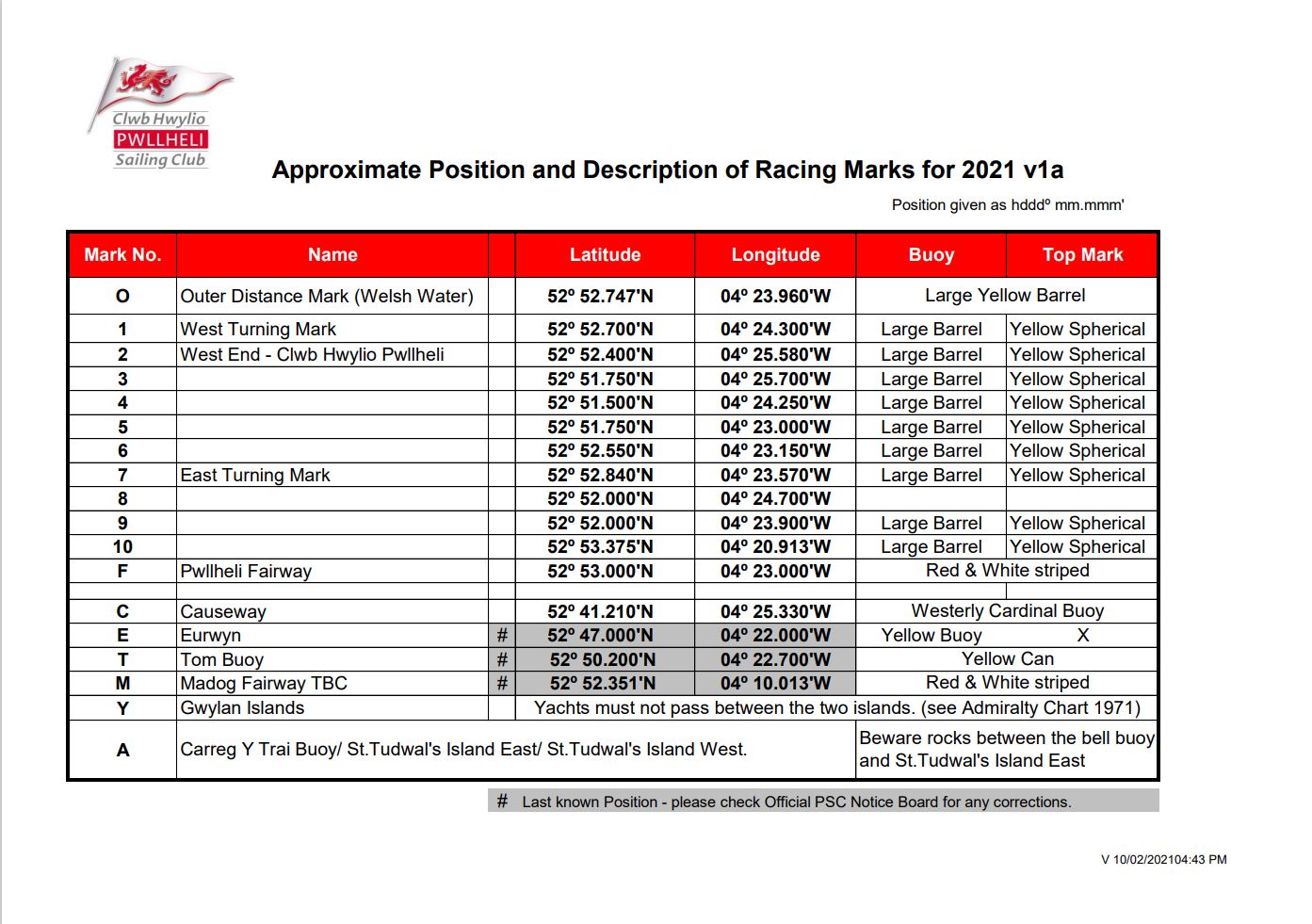 The full list of racing marks and buoys with coordinates - is available in pdf format. Available by following the link

Clwb Hwylio Pwllheli Sailing Club has been organising club racing of the highest quality for many years in the World acclaimed sailing waters of Cardigan Bay.

The Bay provides near perfect sailing conditions with lack of commercial shipping, no strong tidal flows and ‘clean’ prevailing wind from the south west.

The racing arena is all only minutes from the safe harbour, the marina or from the Plas Heli pontoon berths