What an awesome month of keelboat racing Pwllheli Sailing Club has had! 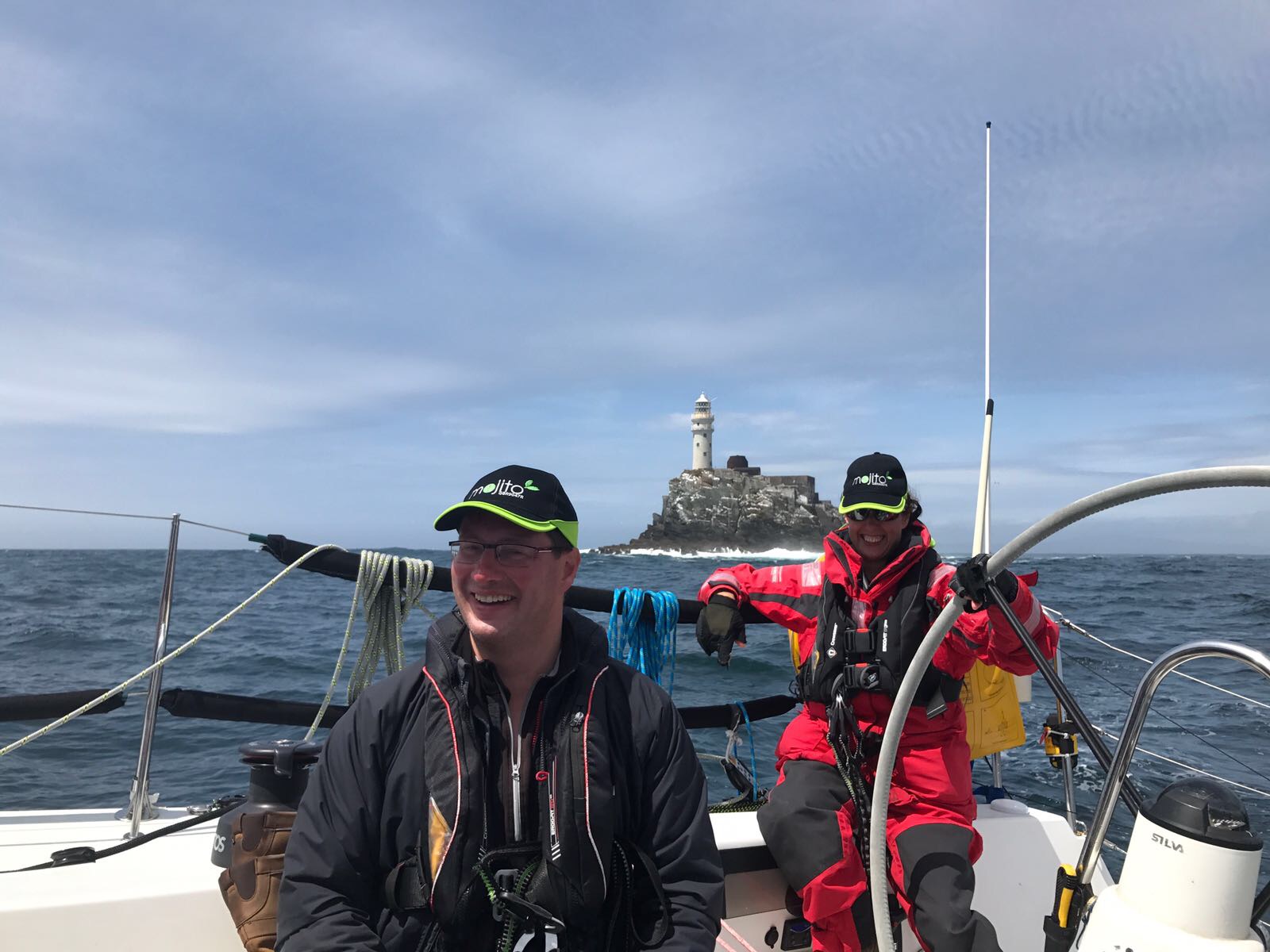 The beginning of August saw Mojito sail off to the south coast in preparation for the Fastnet race. They had an excellent start to the race, reported to have been the first in class out of the Solent, a position that they maintained at the rock meaning they were 9th overall at the rock out of the 350 boats entered in IRC.

In a race that favoured the larger faster boats with breeze dropping off throughout, Mojito still managed to achieve 12th out of the 89 boats in their class being the 2nd J109 out of 15 in the fleet.

Meanwhile closer to home, Pwllheli welcomed many Irish boats as it hosted the finish to the ISORA race from Dun Laoghaire where Sgrech won overall and Jackknife got 2nd in their class.

This ISORA race was a feeder to the IRC Welsh Nationals the following weekend, also hosted by Pwllheli and saw boats from all corners of the Irish sea and beyond gather in the bay for some epic sailing. IRC 1 saw stiff competition from the visitors with Fools Gold taking a firm 1st place, Dark Angel from Swansea taking 2nd and SCYC boats Imposter taking 3rd. During the Nationals Pwllheli Sailing Club welcomed Legless Again to the Pwllheli fleet and their first outing in the bay saw them win IRC class 2 overall. We look forward to seeing more of their form in the Pwllheli Autumn Challenge Series later this year. IRC Class 3, the sports boats class, was dominated by Pwllheli Sailing Club with Luvly Jubbly, Jac y Do, HRT taking 1st, 2nd and 3rd places respectively, showing the growth and proficiency of this fleet in the bay. Similarly, the cruising class was also dominated by PSC with Ella Trout taking a firm 1st, Pariaba taking 2nd and To Me to You taking 3rd. It also showed a promising performance by Tim and Maddy on Theia taking 3rd place in race 2. We look forward to seeing more from them in the coming months.

The success for Pwllheli Sailing Club was continued the week after at Abersoch Keelboat Week further along the coast, where Roger Fitzgerald was on fine form on Ella Trout wining the white sails cruiser class.
Mojito were also performing well after an average start ending in a close battle in IRC 1 with Fools Gold, visiting from Waterford, Ireland they decided to stay in the bay for a complete couple of weeks quality sailing. The result of the battle, Mojito just missing out on 1st place by just half a point, the result of a very close half a second difference in one of their races. 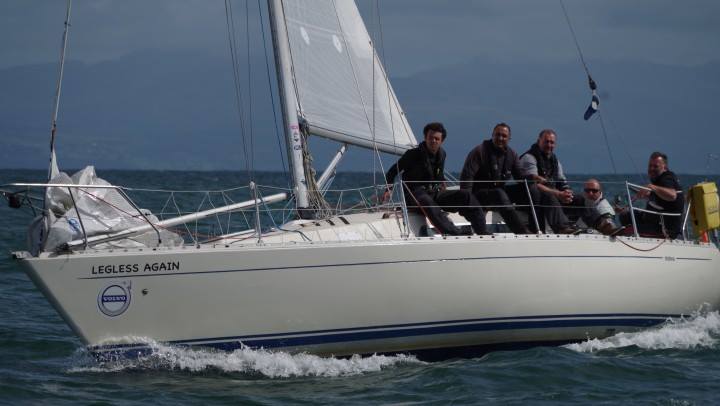 In class 2, Legless Again just missed out on 3rd place by 1 point but meanwhile in the small keelboat class HRT won another 3rd place demonstrating a consistent performance from them this summer.

The week was topped by the return of the offshore fleet to Pwllheli for the ISORA Pwllheli Day Race in what turned out to be champagne sailing conditions. This again saw success for the local team with Jackknife taking 1st overall and in class zero, Mojito 2nd and 1st in class 1, Sgrech 3rd in class 1 and Aquaplane 2nd in class 2.
The fun continues into September and we have already seen the ISORA night race on a crisp clear night with light winds. Jackknife was on form in the light reach after the first mark and took the lead early on. Sgrech got the best start but were hunted down by Mojito and despite Mojito’s very late start, they managed to get ahead of Sgrech after rounding the first mark. From there down to a virtual mark south west of Hells Mouth, the camaraderie of the ISORA was demonstrated on their return leg, with gentle salutes of ‘Good evening’ exchanged throughout the fleet as they passed. As winds dropped to nothing in patches, the race saw Jackknife and Sgrech parked, while Mojito raced back towards Pwllheli at 6kts but as patches of wind formed they just as easily disappeared and as Mojito ran out of wind and joined Jackknife floating in the bay, Sgrech managed to sail a wider course around them and take both line and 1st place overall for the race. Mojito managed to secure 2nd place despite the rapidly approaching Aquaplane who won 1st in class 2 and 3rd overall. On returning to Plas Heli for after sail refreshments the fleet were rewarded by a picturesque sunrise over Snowdon and Tremadog bay. 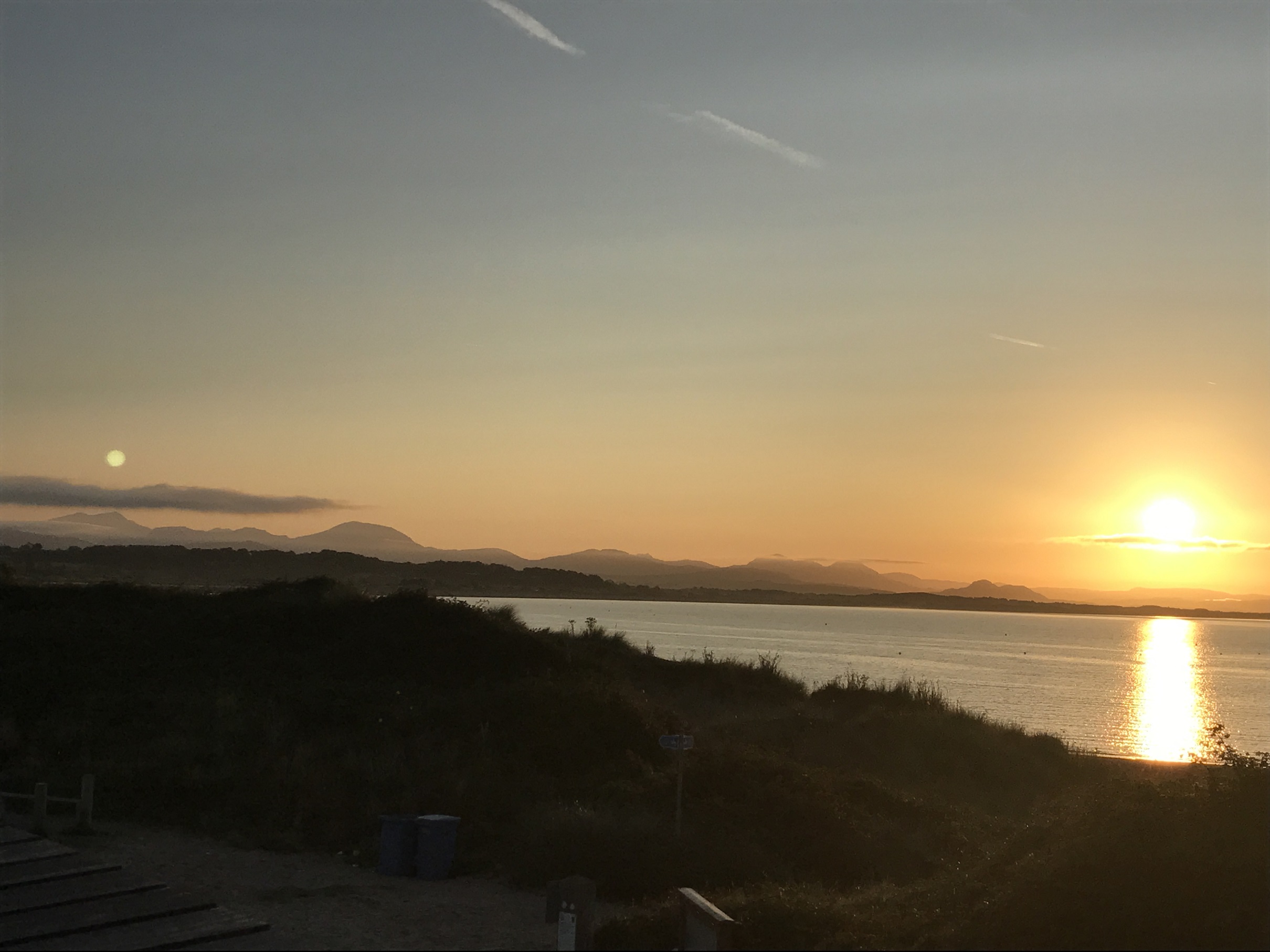 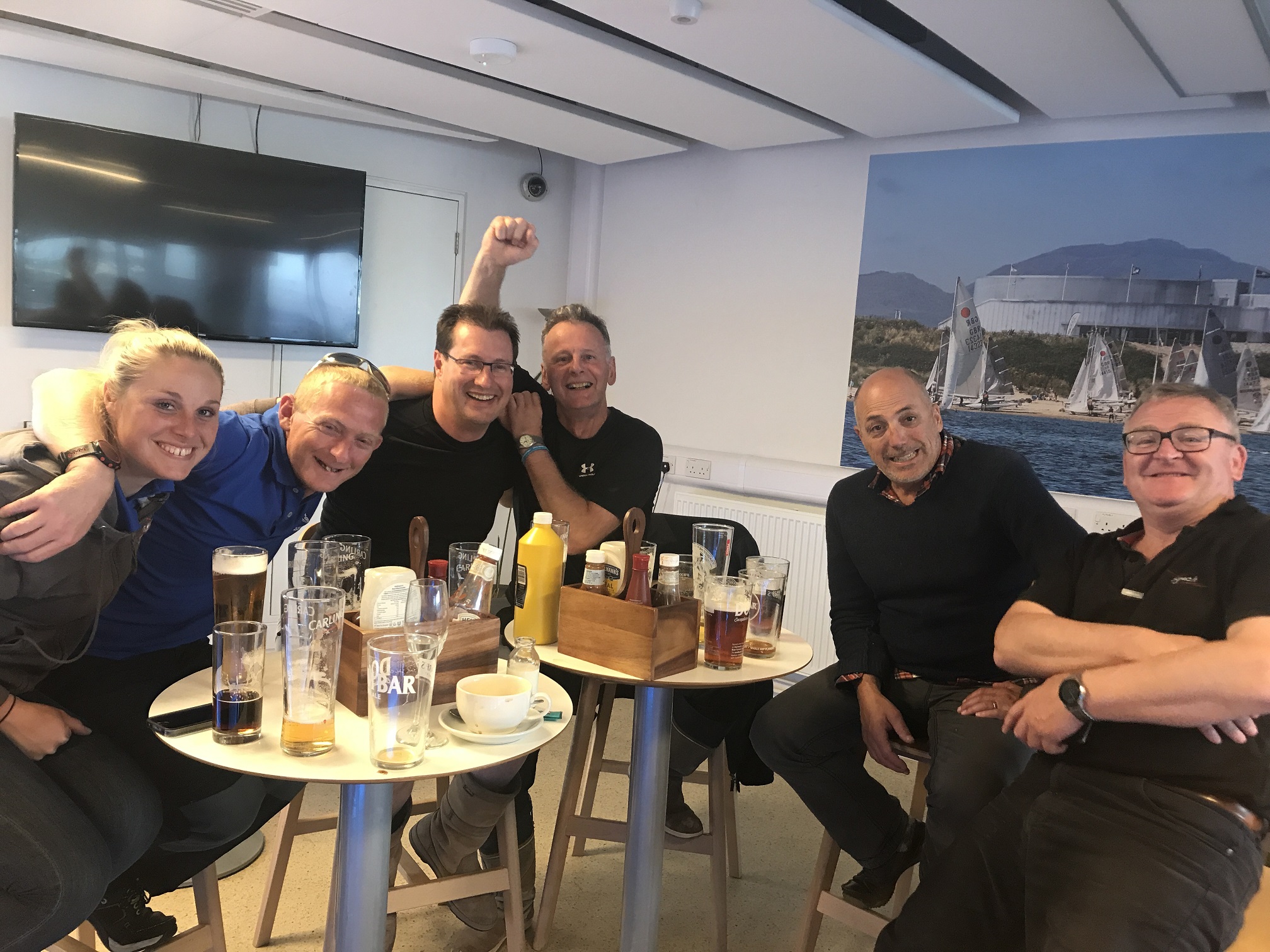 Sgrech now leads the Irish Sea Offshore Association’s series with Mojito just points behind in second place and Jackknife currently in 5th place out of the 60 strong fleet. With other Pwllheli boats Aquaplane, To Me to You, Ella Trout also appearing on the ISORA table Pwllheli is proving to be a strong base for offshore sailing. We wish them all the best on the next offshore race this Saturday in the last ISORA race of the year for the James Eadie trophy and the Wolf’s head overall trophy. This will see a spectacular start out of Pwllheli with 35 boats starting their race over to Dun Laoghaire.

Not into sailing offshore? There’s still some action at home with the first weekend of the Medi series on the 9th and 10th September. The concluding weekend follows on the 16th and 17th September forming part of Barts Bash, fundraising for the Andrew Simpson Sailing Foundation. Boats are encouraged to register and donate for this good cause at www.BartsBash.com  While fundraising, this weekend is also the perfect opportunity to get some team practice in ready for the very popular Pwllheli Autumn Challenge Series which starts on the 23rd and 24th September and continues over another three weekends in October – the grand finale to an awesome year of racing at the club.

Don’t miss out on this Autumn’s events. Come and join us!!