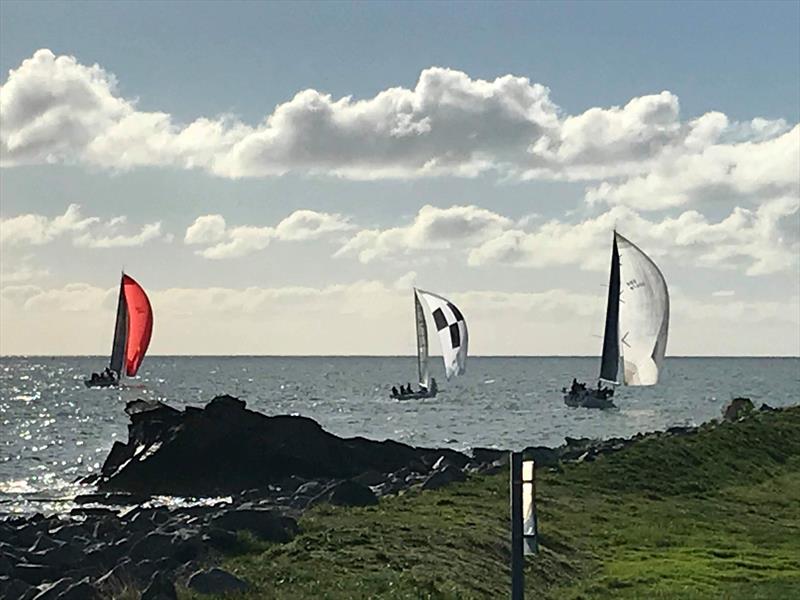 With much of the country experiencing cold winters showers, clear blue skies in Pwllheli gave the fleet super views of a snow covered Snowdon for the final weekend of the Pwllheli Autumn Series and weekend four, the mid point of the overall Pwllheli Challenge.

With strong tide over the line the fleet hung back for clean start on a tight kite reach to mark number 1. Series leader Mojito had a late start behind Nigel Ingram's J109 Jetstream while all the sports boats shot off like rockets ahead of the fleet to the first mark.

With wind anywhere from 6kts gusting into the mid 20's the downwind leg allowed both J109s Mojito and Jetstream to find their speed and managed to take the lead.

Back upwind and Mojito spotted a wind bend and headed in towards the beach making significant ground, pulling away from the fleet. Rounding the windward mark they managed to shift their gear quick enough to get a kite hoist for the second down wind leg. The only boat to hoist in the now 26kt breeze with oscillating shifts of 30degrees put them almost one leg ahead of the rest of the fleet and as a result finished almost 7 minutes ahead over the water.
Second on the water was Stephen Williams's Darling who had a fine race doing enough to take 2nd place on corrected too followed by Will Partington's Honey Bee just 17seconds behind on corrected.

Second race and race officer Robin Evans decided on another kite start in the now steady 25kt breeze. Andrew Brook and Eleri Griffith's Luvly Jubbly lead the fleet away but lost ground to Mojito heading back upwind. Both Luvly Jubbly and Mojito continued to jostle for position at every crossing and it looked like Luvly Jubbly were going to take the win when Mojito got a severe twist in their kite and had to take it down but back up wind and Mojito managed to play the wind shifts to regain 1st place and finished just 14 seconds in front. They were followed again by Darling and Honey Bee taking third and four places.

After the crew supper enjoyed by the fleet Saturday night sunglasses were definitely needed against the glare of the brilliant sunshine on Sunday and the north easterly was just the remedy needed to clear any fuzzy heads. But shifting North Easterlies coupled with the warming land brought wind holes, transition zones, 50degree wind shifts and wind strengths anywhere from 0.7kts to 24kts.

Heading downwind and Peter Dunlop & Vicky Cox's Mojito and Glenn Pritchard's 1720 Mayhem were neck and neck on the water closely followed by Stephen Tudor's J111 Sgrech but on hitting a transition zone Mayhem persevered with their course while Mojito tried to gybe out to find more wind only to get stuck in a hole with just 0.7kts.

It was a bizarre sight in the bay with boats heading in all directions trying to get to the third mark of the course. At one point Mayhem and J111 Sgrech were on opposite tacks but heading in exactly the same direction! 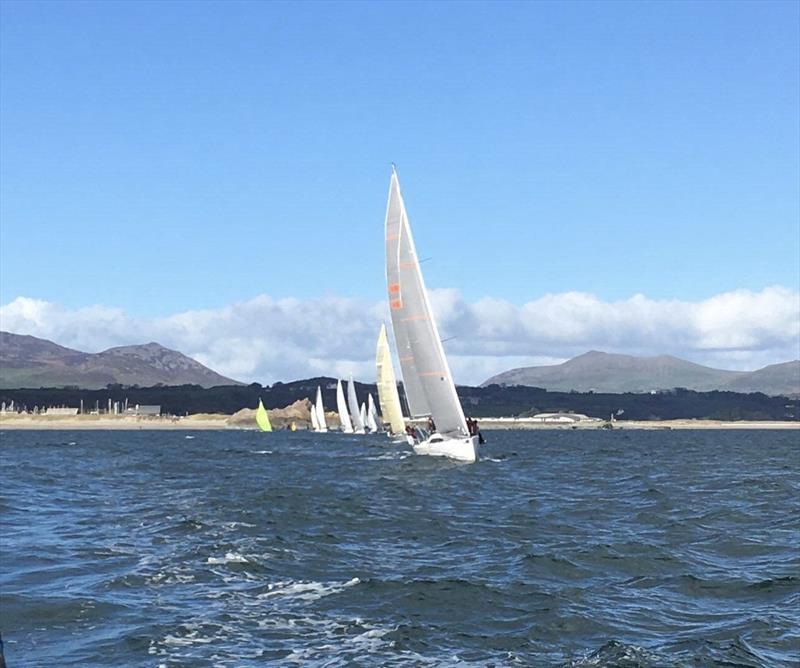 When the wind filled in it was Mayhem that disappeared into the distance to take first place followed by fellow 1720 Luvly Jubbly and Mojito managing to rescue the situation to take 3rd place.

The last race of the weekend saw several 50 degree wind shifts on the start line resulting on Mojito hitting the ODM and having to put in a turn while Mayhem had another fine race, taking another bullet. Darling again, found form to take seconds overall followed by Austin Harbison's Valkerie taking third.

Although Mojito finished fourth, their previous results meant that they had done enough to take the Autumn Series overall and in class 1.

In the sports boat class, the tussle between James and Johnny Collin's J80 Jailbreak and Sarah&Dave Leather's J80 Harley Quinn went to the wire. Even count back couldn't separate them so it was all down to the last result. Jailbreak's 2nd in class was enough to do it while Harley Quinn, tying with Richard Cooke and Mark Southall's J80 Jezebel in joint third place meant that they had to settle for second in class at the end of the series.

Honey Bee won class 2 after bullets across the board apart from just three second places at the beginning of the series.

Prize giving for the Autumn Series will be held at the Black Tie Christmas dinner on the 1st December at Plas Heli (Contact Plas Heli for tickets) but the Pwllheli Challenge Series continues with the start of the winter series on the 10th November, four weekends racing open to all boats.

The full results are available here