Well it was probably the first time many have sailed their "shakedown" race in July, but with fine weather forecast, an adhoc "race/rally" was devised with 9 boats racing on the "commodores challenge" racetrack - a lap of St Tudwals Islands and Careg Y Trai

With 8 knot NW winds the fleet started on a reach to the islands, with code zeros's deployed by many, though at times a bigger spinnaker would have been appropriate, but for the shorthanded crews reluctance!

J80 "Harley Quinn" was the first to hoist an A2, but couldn't hold the course, and with a risk of getting headed went back to Jib.  Huzzar 30 "Blue Sky" briefly flirted with a symmetric kite, much to Sammos's amusement, but soon dropped it.

Hower She 36 "Pastime  of Hamble" bravely hoisted its A sail, and did carry it all the way round the islands, which kept them at the top of the leaderboard on handicap

After Careg Y Trai it was a fetch to the finish, with those using Genoas doing very well (First 40.7 "No Sense"/She 36 "Pastime") . SF3200 "Jac Y Do" and J97 "Injenious" got on the wrong side of a wind shift at the finish, allowing J97 "Just Magic" to slip past. J125 "Jackknife" took line honours and Class 1, with "Pastime" taking class 2, and second overall ahead of J109 "Jetstream". Special mention to Wil sailing HB31 "Honey Bee" single handed to great effect 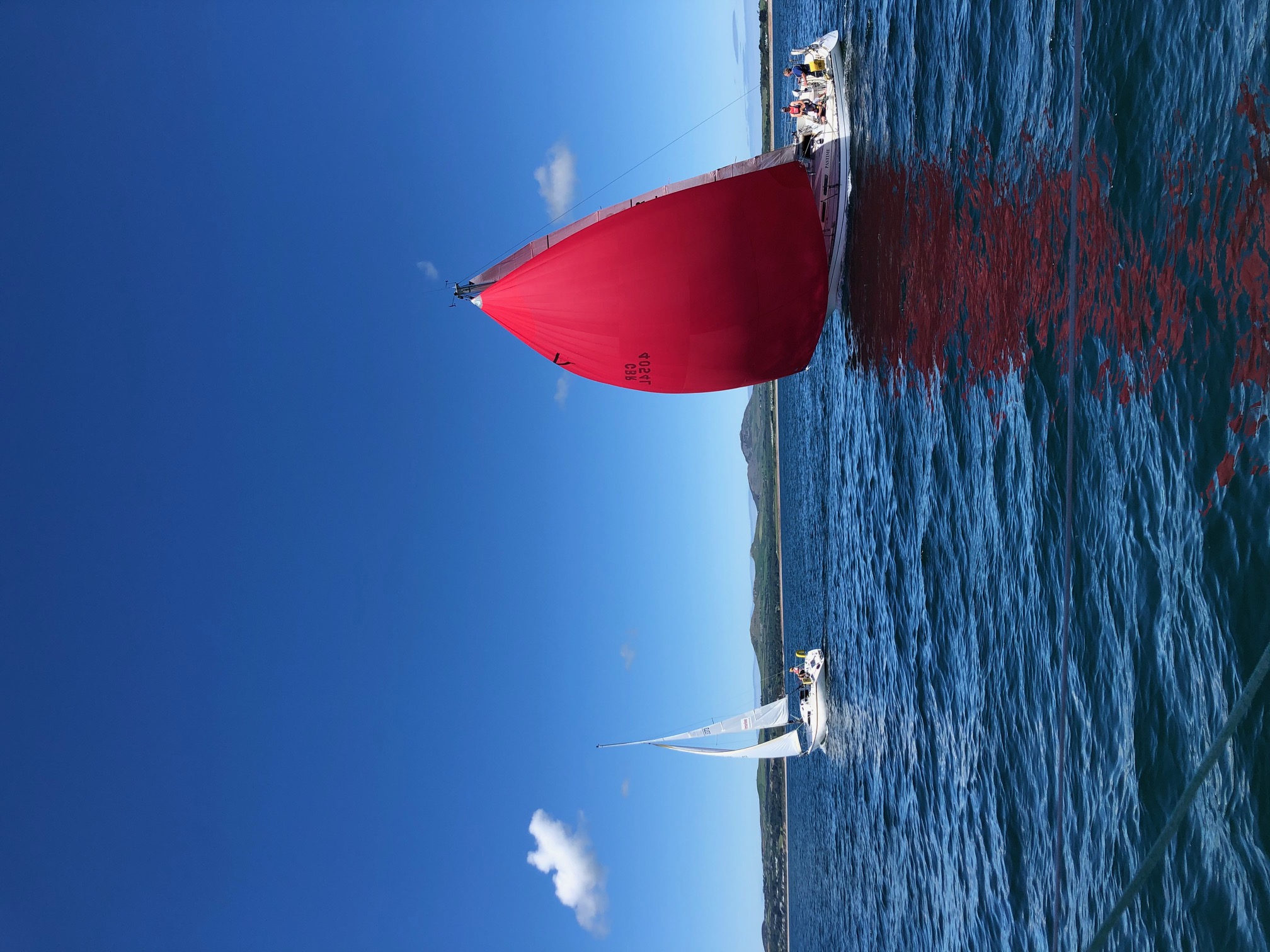